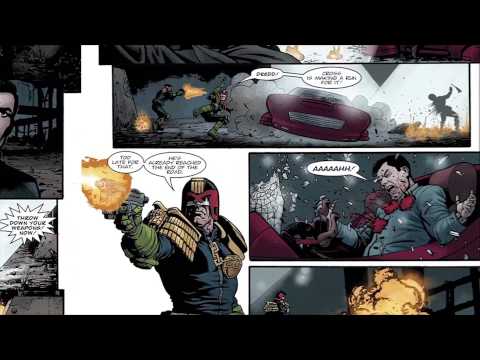 The legendary 2000 AD, the Judge Dredd Megazine and dozens of digital graphic novels are now available on your Android tablet – plus incredible FREE comics to read now!

2000 AD is the weekly SF anthology comic that brings you the cosmos’s best stories, filled with action and adventure with black humour and a dark satirical edge!

The monthly Judge Dredd Megazine not only showcases new adventures for Judge Dredd, but also series based in his world, further expanding the Dredd universe. In addition, there are interviews with leading writers and artists, and each issue includes a bonus 64-page graphic novel every month, featuring material from the 2000 AD archive!