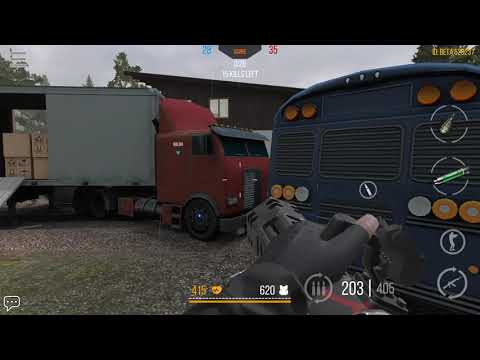 Modern Strike Online
Can't get enough FPS action? Looking for the most fun gameplay around?
Well you're in luck! Modern Strike Online has your FPS needs covered and then some!
Sink into the realistic graphics and dynamic shooter gameplay. Heavily armed elite forces go toe-to-toe against dangerous terrorists... All on your phone! Play online with your friends for the best FPS action PvP battles you've ever seen! The best thing to happen to mobile in the style of everyone's favorite CS!

✪ Deathmatch!
It's every soldier for themselves! A dangerous free for all battle for the most skilled FPS players!

✪ Team bomb battle!
The terrorist team plants a bomb, and the special forces team tries to stop them! Just like in Counter-Strike and CS:GO

✪ Duel!
1-on-1 battle action to find out who's the best! Just you and your opponent alone on the battlefield!

✪ Special operation!
Two teams battle it out with just one life per round. The winning team is whoever has at least one soldier standing at the end

✪ Hardcore!
Crank the heat and get ready to sweat. With damage multiplied by 2x, there's no room for mistakes!

✪ Custom game!
Create your own game and select the map/mode however you want it. Invite your friends and create your own shooter game lobby. These games don't earn you experience or money, guns don't break and the matches aren't ranked, but grenades and first-aid kits are used

Reminder: Join competitions and level up your clan! Earn bigger rewards with your friends!

Fight for your place on the leaderboard! Upgrade your armor and weapons, and choose your favorite skins. Get ready for unforgettable shootouts thanks to optimal game balance, realistic sounds and explosion effects, and crisp graphics.
The game is regularly updated with new maps, weapons on game modes.

Don't miss out on the newest cooperative mobile shooter from Russia's top developers!
Online FPS combat inspired by Counter-Strike: the best thing to happen to your phone!